Chianti is many things, an area, a concept, a region, not one but two wine appellations and at some points during its history, a political alliance. What Chianti is can be somewhat confusing to visitors and even to some Italians!

What is Chianti Geographically

In general Chianti is an area situated mainly between the two foremost cities in Tuscany – Florence and Siena. About seventy thousand hectares in size, it encompasses eight communities: Greve in Chianti, Barberino Val d’Elsa, Tavarnelle Val di Pesa e San Casciano in Val di Pesa in the province of Florence and Castellina in Chianti, Gaiole, Radda, Castelnuovo Berardenga and a small bit of Poggibonsi in the province of Siena.

The territory has a large range of geographical topography, forests, open hillsides, the underlying soils and natural springs are an almost perfect environment for farming. For centuries the Chianti area was and still is full of wildlife and was not only farmed producing many varied crops and a wide range of animal husbandry, it was and still is used for hunting. Foremost among the crops was the vine, cultivated here since Etruscan times to produce the resulting nectar – wine! 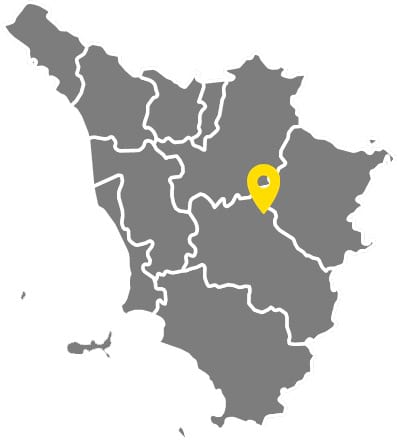 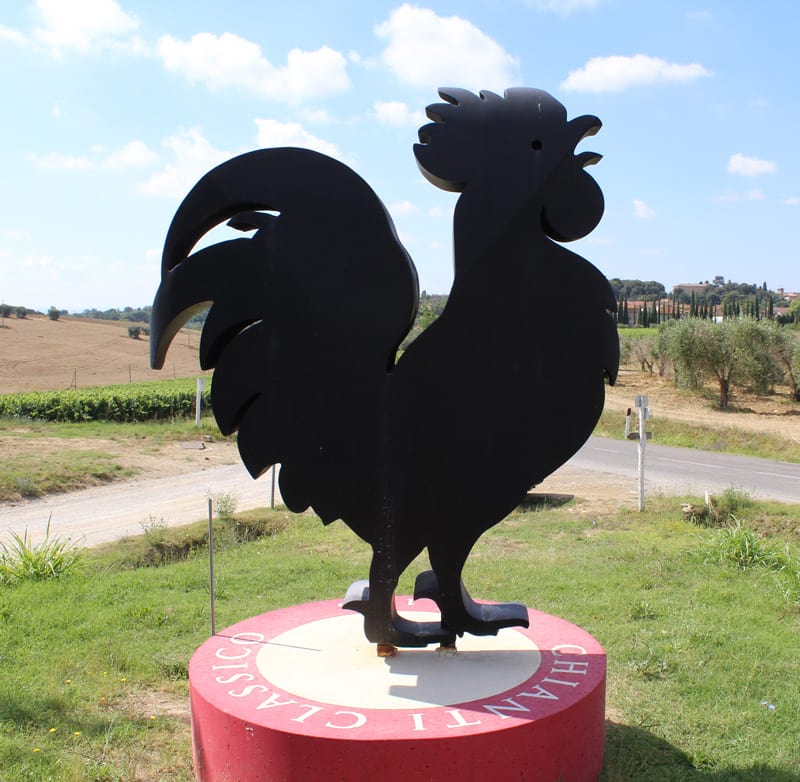 What is Chianti Historically

The area we now know as Chianti was only first referred to as ‘Chianti’ in the middle ages, so let’s go back to that age.

In order to protect them selves from attack, the ‘Republic of Florence’ in 1250, decided to divide its territory into three different ‘leagues’ or districts. These ‘Leghe’ were organized so Florence was better able to defend herself in case war should break out. The three leagues were ‘Radda’, ‘Gaiole’ and ‘Castellina’ with ‘Radda in Chianti’ as the administrative centre. A while later in 1384 the three leagues became more structured militarily and politically allied, being named ‘Lega del Chianti’ by the Republic of Florence. The Lega chose the ‘Gallo Nero’ (Black Rooster) as their emblem, a symbol that today is the symbol and logo of the ‘Consortium of Chianti Classico’, the trade and verifying body that controls the quality and protects the integrity of ‘Chianti Classico’ wines.

So why a Black Rooster? To answer this, there is the

‘Legend of the Black Rooster’

The legend traces the origin of the ‘Gallo Nero’ to the rivalry between the territories of Florence and Siena in the 13th Century.

The border between the two territories needed to be defined and it was agreed that one rider from Florence and one rider from Siena would start riding towards the opposite territory at sunrise, after the crow of a rooster.The border would be drawn where the two riders met.

A parody of the character of the people in Florence and Siena follows:

The people of Siena chose a white rooster and fed it very well as they believed it would crow much louder if sated and happy.

The Florentines, on the other hand, chose a black rooster and starved it, totally convinced it would crow louder if it was hungry. On the day of the race the black rooster was indeed so hungry that it woke up before dawn and started to crow giving the Florentine rider an early start. The Siena rooster was happy and content and slept until late.

The result was that the Florentine rider got further than his rival from Siena, so more so that he reached Fonterutoli, only twelve kilometres from Siena. A large part of the Chianti district was thus annexed by the Republic of Florence.

This may be only a legend, but the Lega del Chianti did choose the Black Rooster as its emblem.

What is Chianti the Wine

Although wine has been made in Tuscany from the era of the Etruscans on wards, it was only in the Middle Ages that existing records showed there were more specific attributes given to and about Tuscan and Chianti wines. The first time ‘Chianti’ was mentioned in relation to a type of wine, it was referred to white and not red wine. From this period the wine trade in Tuscany began to gain strategic importance in Florence and Siena. With the increase in the importance of wine production there came a point in which quality control came about in the form of a guild, the ‘Arte dei Vinattieri’, (the guild of wine sellers and innkeepers). 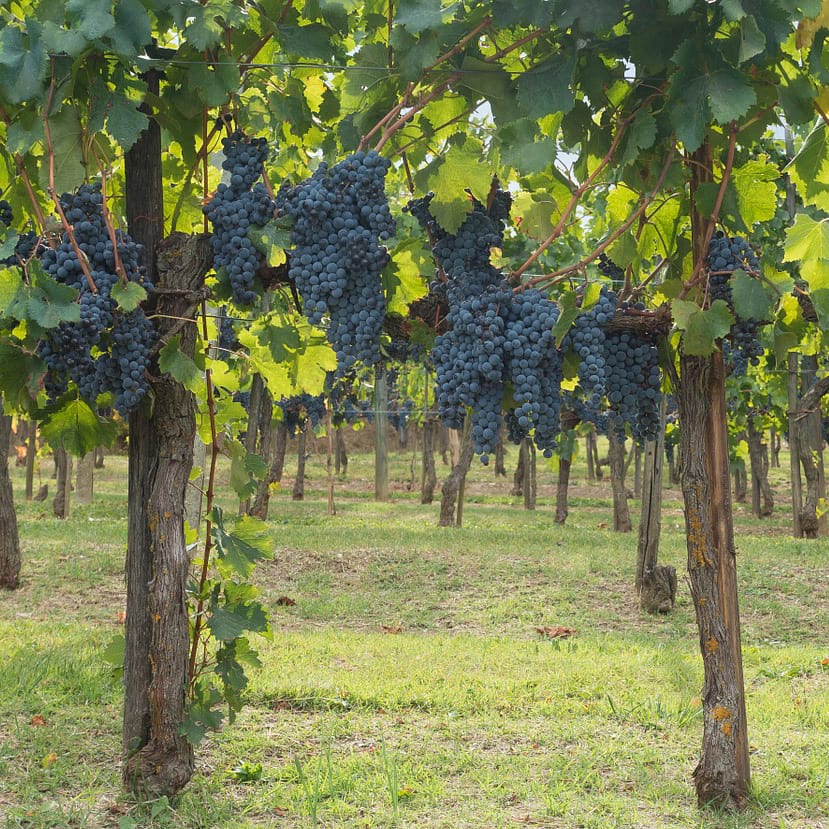 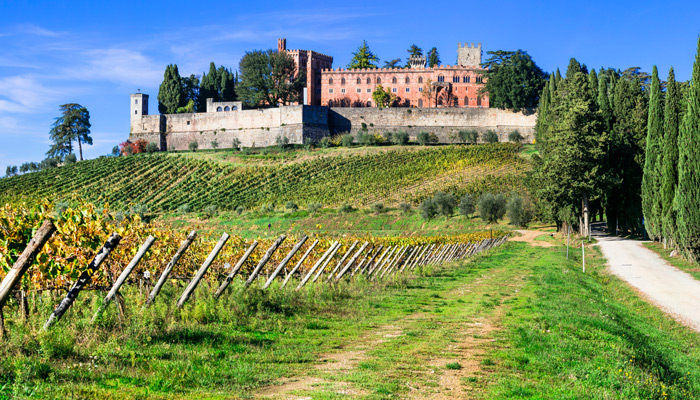 This guild was one of many guilds that had control over the arts and trades in the city of Florence. It was also in this period, around the end of the 14th Century, that Giovanni Piero di Antinori became a member of the ‘Arte dei Vinattieri’ which marked the start of one of the oldest wine dynasties in Italy. The Antinori family has now made wine in Tuscany for twenty-six generations!

In the year 1716, Tuscany would carve out its place in history when Cosimo III, Grand Duke of Tuscany decided to define areas in Tuscany and the production of certain types of wine. Cosimo III delineated these areas to ‘Chianti’, ‘Pomino’, ‘Carmignano’ and ‘Valdarno’. The borders of these wine producing areas, to a certain extent are still valid today and in 2016, the ‘Consortium of Chianti Classico’, for example, celebrated ‘Three Hundred Years’ of wine history, on the basis of the legal decree announced by Cosimo III in 1716. This does not mean that the Consortium of Chianti Classico has existed for three hundred years but rather that it embraces the historical area of the Lega del Chianti.

As to the actual ‘Chianti’ wine – let’s go back a bit further to another noble family whose influence in this area led to the modern appellations of ‘Chianti Wine’. The ‘Ricasoli Family’ were of Longobard origins and were among the feudal dignitaries at the court of the Emperor Charlemagne. Early records show that this noble family owned the ‘Castello Di Brolio’ in the Chianti area from around 1141 and their name has been linked to wine ever since. Their greatest contribution was in 1872 when Barone Bettino Ricasoli (1809-1880), a wine entrepreneur, laid down the formula for what is now known as ‘Chianti Classico’ wine. In his spare time the Barone was also twice Prime Minister of the Unified Italy after Cavour!

What is the difference
between ‘Chianti’ and ‘Chianti Classico’

This is the recipe is that the Barone Ricasoli gave to the wine world in 1872. Since then it has become known as ‘Chianti Classico’ to differ it (and the region it is produced in) from the other regions of Chianti that also produce ‘Chianti’ wines. In 1932, the Italian government issued a decree making a distinction between ‘Chianti’ and ‘Chianti Classico’. In this context, it was decided that Chianti Classico would refer to the historical Chianti area, that was delineated by the Lega del Chianti. Only wine from this area can be called ‘Classico’ and the bottle neck sport the emblem of the ‘Gallo Nero’. The decree also meant that ‘Chianti’ refers to the wine produced outside of the ‘classical’ area. The wines produced here often add the region name to distinguish it, for example: ‘Chianti Rufino’.

In the last decade of the Twentieth Century it became an accepted rule (‘Disciplinaredi Produzione’) to produce Chianti Classico wines entirely from 100% Sangiovese grapes. The wine makers also became freer to produce wines containing other grape varieties and still call them ‘Chianti’ provided they used a minimum of 80% Sangiovese grapes. 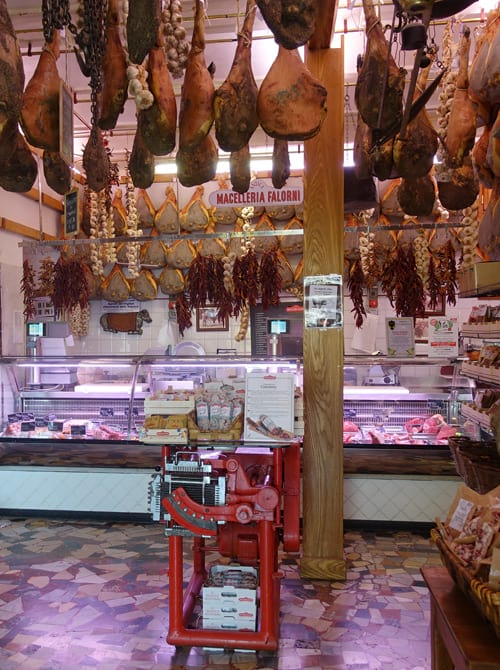 In 1984, ‘Chianti Classico’ receivedits ‘DOCG’ ‘Denominazione di Origine Controllata e Garantita’. Astatus guaranteeing that the wines labelled thus, came from a quality controlled ‘terroir’. In 1996 it became an autonomous appellation. Thanks to the control and new found freedom that the wine makers have, there is another denomination of wines that have become popular in recent years. These are the ‘Super Tuscans’. Due to the wine makers abhorrence to waste grape juice, they have come up with a range of new wines which although benefitting from their experience cannot under any circumstance be called ‘Chianti’. These instead are designated ‘IGT’ ‘Indicazione Geografica Tipica’, typical regional wine. The hatred for waste goes further and some wineries also produce another famous beverage from the grapes skins and stalks left over from the presses to make Grappa! Gosh! There is just sooo much to find out about drink in the Chianti region and here at Tuscany Destinations it is our mission to help you get the best out of all of what is on offer by helping you to organise your perfect wine tour!

Just ask us at Tuscany Destinations, we are here to help!