Imagine a small and picturesque hilltop Etruscan town rich in history, touched by the Tuscan sun with an amazing view over the surrounding valley.

Wouldn’t you want to discover such a place on your dream Tuscan vacation? With the help of ‘Tuscany Destinations’ you can! Come with us and explore Cortona and learn more about this beautiful little town sitting atop a hill in the south-east corner of Tuscany. 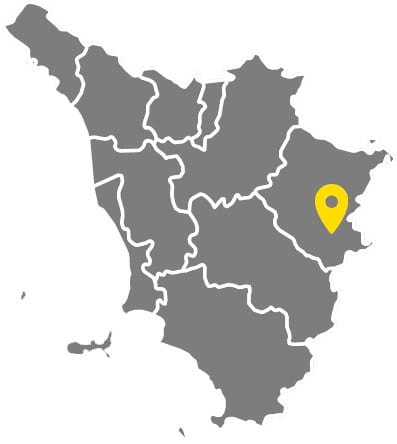 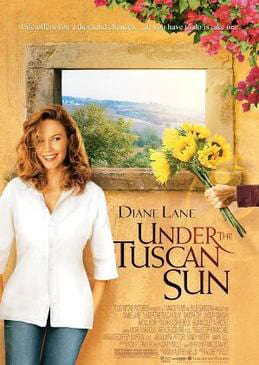 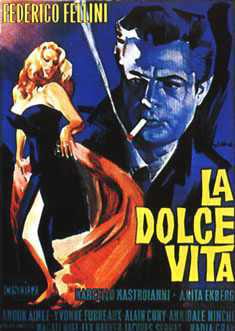 In the late 1990’s and early 2000’s thanks to the book ‘Under the Tuscan Sun’ by Frances Mayes and the subsequent film starring Diane Lane and Raoul Bova, Cortona became embedded in the minds of every ‘would be’ visitor to Tuscany aspiring for a slice of ‘la dolce vita’ so vividly depicted in the book and the film.

Cortona however, has a history dating to long before the book and film. In fact, there is a saying that Cortona is “The mother of Troy and the Grandmother of Rome”. According to legend, Cortona was founded by Crano, the son of Noah, (yes, the biblical boat builder and survivor of dramatic climate changes) who became king, - ‘Corito’ of the town. Hence the name of the town, Cortona. Again, according to legend Crano had a son named Dedalus whose descendants became the founders of the city of Troy. Sometime later in this epic, Dedalus’ descendant, Aeneas and his successors escaped Troy, returned to ‘Italy’ where they settled on the spot where another descendant Romulus would found Rome!

So, there you have it, the story of the origins of Cortona! 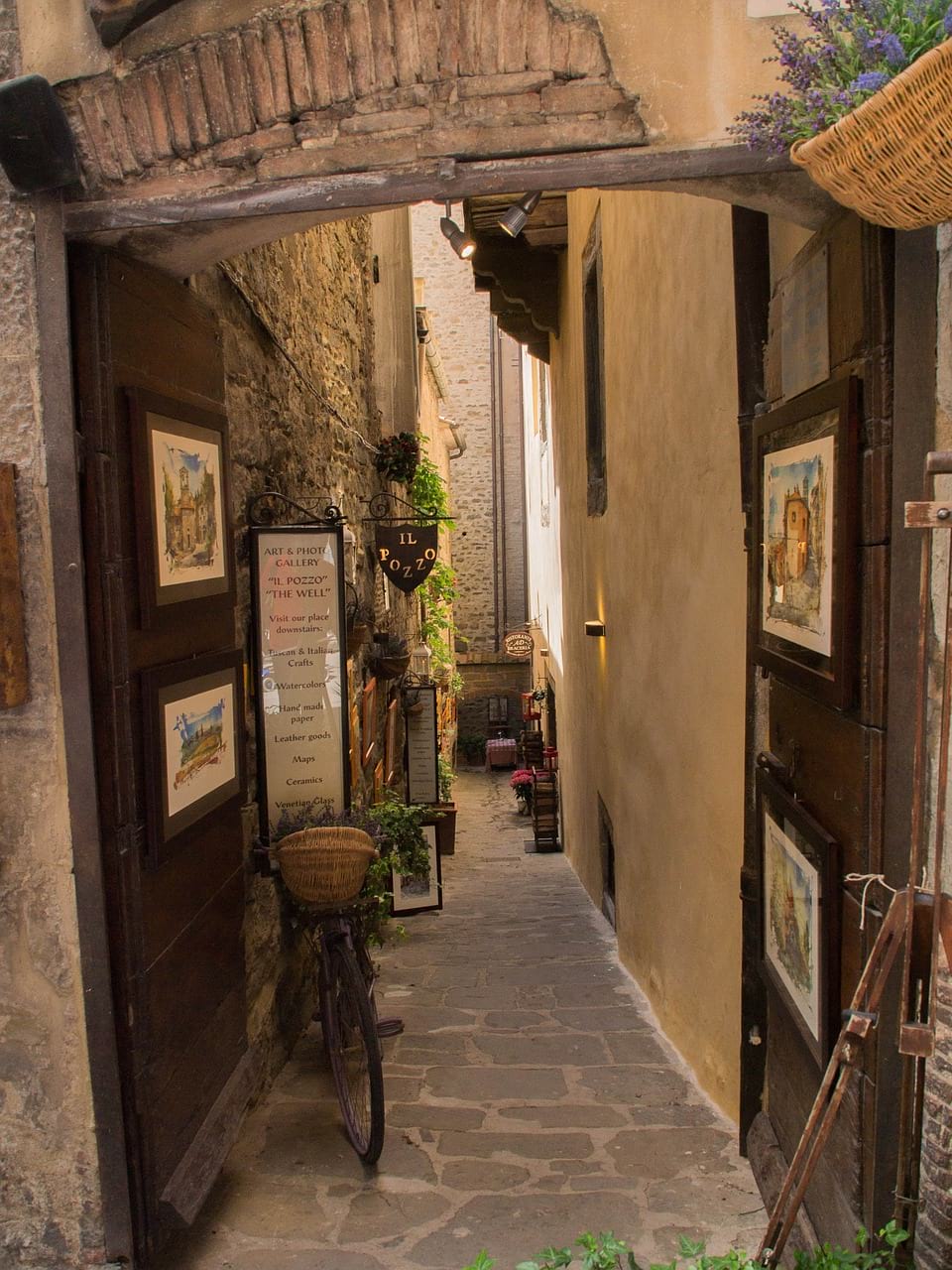 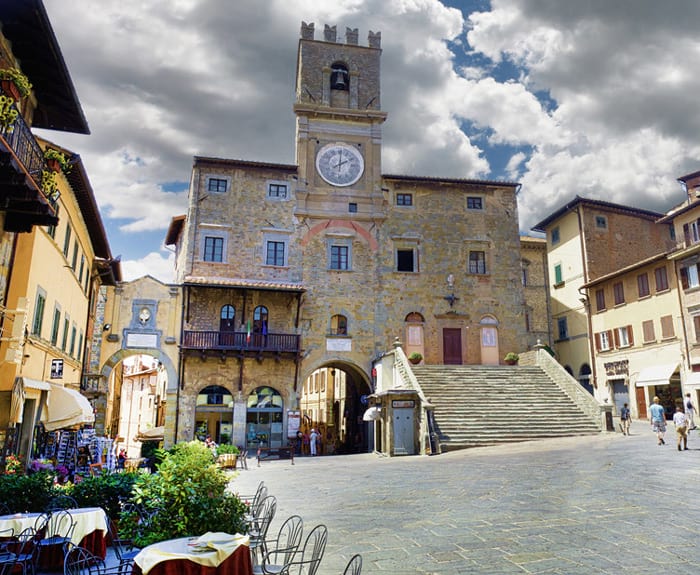 Now, if we move beyond the legend, a town called ‘Curtum’ was built on the very same hilltop by the Etruscans in the in the 5th to 4th Centuries B.C. Cortona later became under Roman rule during Rome’s initial expansion. After the collapse of the Roman Empire, Cortona was invaded by ‘Barbarians’. In the Middle Ages Cortona saw the establishment of convents and churches. During the ‘Renaissance’ Cortona was in the midst of the ‘Tuscan Wars’ between the Guelphs and Ghibellines after which, the town became a part of the Florentine Republic. Later Cortona was absorbed into the ‘Grand Duchy of Tuscany’ in which the town remained until the Unification of Italy in the 19th Century. 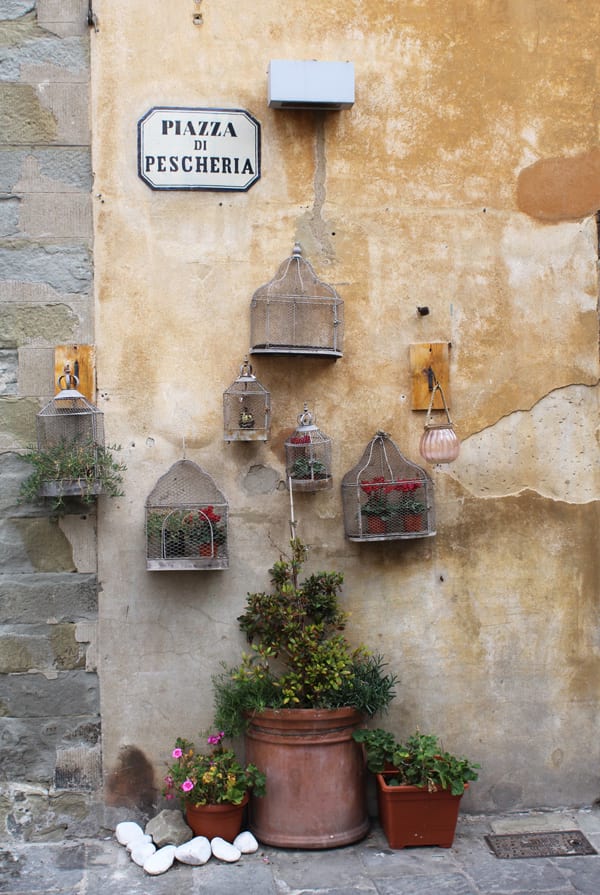 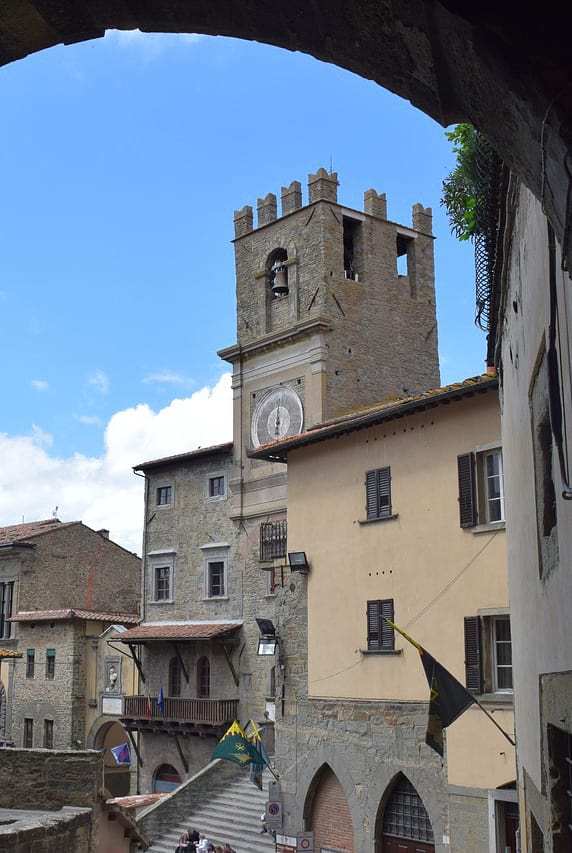 Tuscany Destinations can help you with the best places to see and visit. Why not start with a walk around the centre of Cortona and admire the different squares and palaces? Let us guide you with an itinerary made for you to explore at your own pace so that you may enjoy to the full all that Cortona offers.

The ‘Palazzo dei Priori’ the town hall is at the heart of Cortona with its characteristic clock tower. The palace dates from the late 12th Century and was further extended until the 16th Century. Above the doors of the main entrance you can admire the coat of arms of the city of Cortona with the Lion of Saint Mark.
Learn More

Stretching out in front of the town hall is the ‘Piazza della Repubblica’. A well known Dutch musician called it the “The most romantic square in Italy”. Here you can feel the pulse of this small town in Tuscany vibrant with its cafés, bars, and shops.

Continue your stroll through the centre of Cortona towards the ‘Palazzo Casali’ located next to the theatre in ‘Piazza Signorelli’. The palace once, was the residence of the Casali family who governed Cortona in the early Middle Ages. The palace continued to be used as a residence by the various governments of Cortona for many centuries.

Today, it houses part of the ‘Museum of the Etruscan Academy and the Town of Cortona’, MAEC. The crown jewel of Cortona when it comes to museums and one of the most important in Italy documenting the archaeology, culture, and history of the Etruscans who were the founding fathers of Cortona. The museum houses interesting artifacts and findings from the burial mounds in Sodo and Camucia. Recently the museum has been divided up into two collections, the topographic collection and the Academy Collection.

Other must-see museums are the ‘Diocesan museum, Mo.Pa.’, and the ‘Museum of Peasant Culture in Fratticciola’.

In the 18th Century, ‘Theatre Signorelli’ was built on the site of ‘Sant’Andrea’ a church that had formerly stood there. The theatre took the name of the piazza it is now situated in. 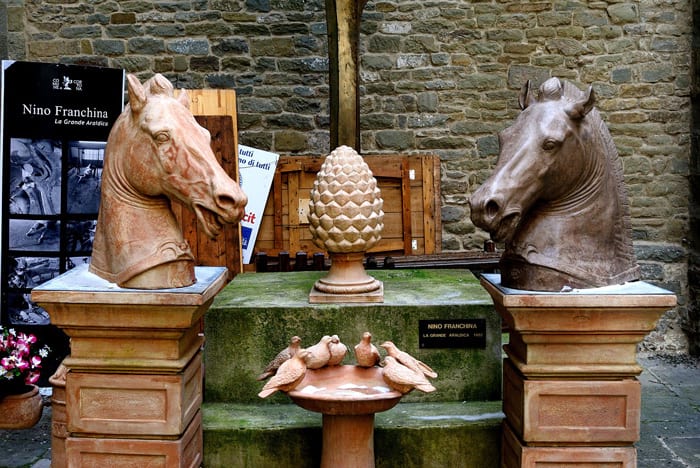 In and Around Cortona

Throughout the year, there are public festivities to be enjoyed in Cortona. Many occur between spring and early autumn when clearly the weather is better and the days longer and warmer! You can enjoy any of these events and at Tuscany Destinations we have the inside information on what’s occurring and when.

In May, the ‘Archidado Joust’ celebrates the Feast Day of Saint Mark and Saint Margaret, the patron saints of Cortona. Immerse yourself in the atmosphere of a medieval happening, where damsels in distress, knights, soldiers, crossbowmen, jesters and other notables of a medieval court are wandering around or walking in procession through the streets of the town.

For those who are more into classical and religious music, the ‘Sacred Music Festival’ offers an extensive program of concerts in the various churches of Cortona. Perhaps you are sweet on theatre? Check out the seasonal program at ‘Theatre Signorelli’. 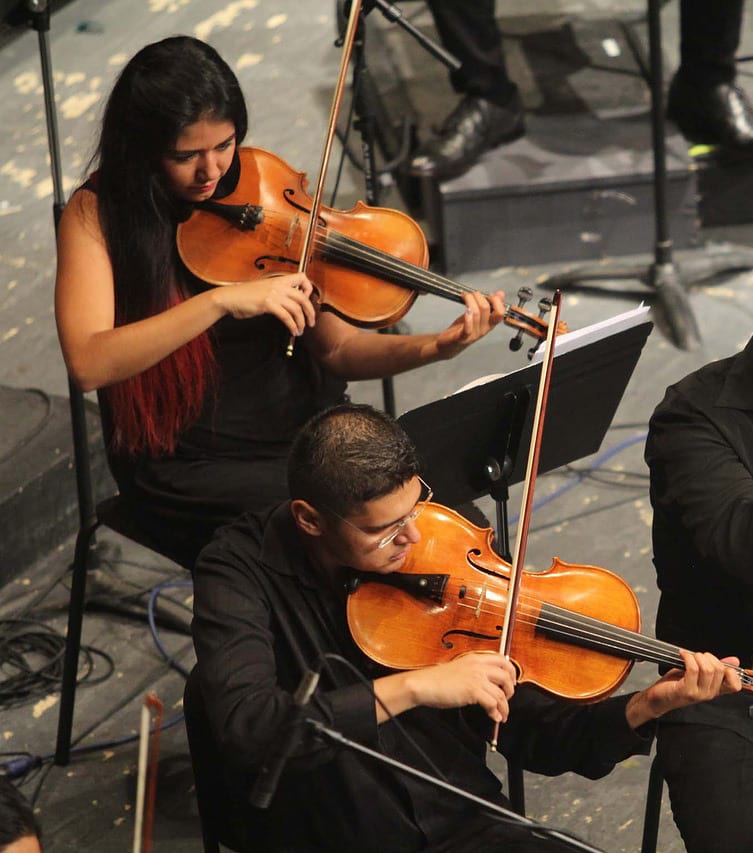 Instead of sacred music and theatre, perhaps photography is more to your liking, especially travel photography? Then you have come to the right place! ‘Cortona On The Move’ is an international festival focusing on travel photography, which organizes exhibitions, discussions, projections, workshops and much more to showcase the beautiful scenery in and around Cortona.

Foodie fans and gastronauts will find that there is an extensive list of local food festivals, socalled ‘sagre’, in and around Cortona taking place throughout the year.

Are you more a relax and spa-kind of person? Thanks to the Tuscan geology there are many thermal spas, hot springs and pools tucked away in the amazingly beautiful Tuscan countryside. Tuscany Destinations can help you escape to one of these destinations, for a day of relaxation, pampering, massage therapy and swimming!

‘Bagno Vignoni’ are also a historically well-known hot springs situated in the ‘Val d’Orcia’ along the ‘via Francigena’ once the pilgrim route leading to Rome. Bagno Vignoni was once visited by the likes of powerful dignitaries, such as Pope Pius II and Lorenzo the Magnificent. Today, if you want to splurge on luxury you can stay at the ‘Adler Spa Resort THERMAE’ next to the Bagno Vignoni village.

‘Rapolano Terme’ is located just forty kilometres from Cortona where the hot springs were famous in the Etruscan era for their healing properties. 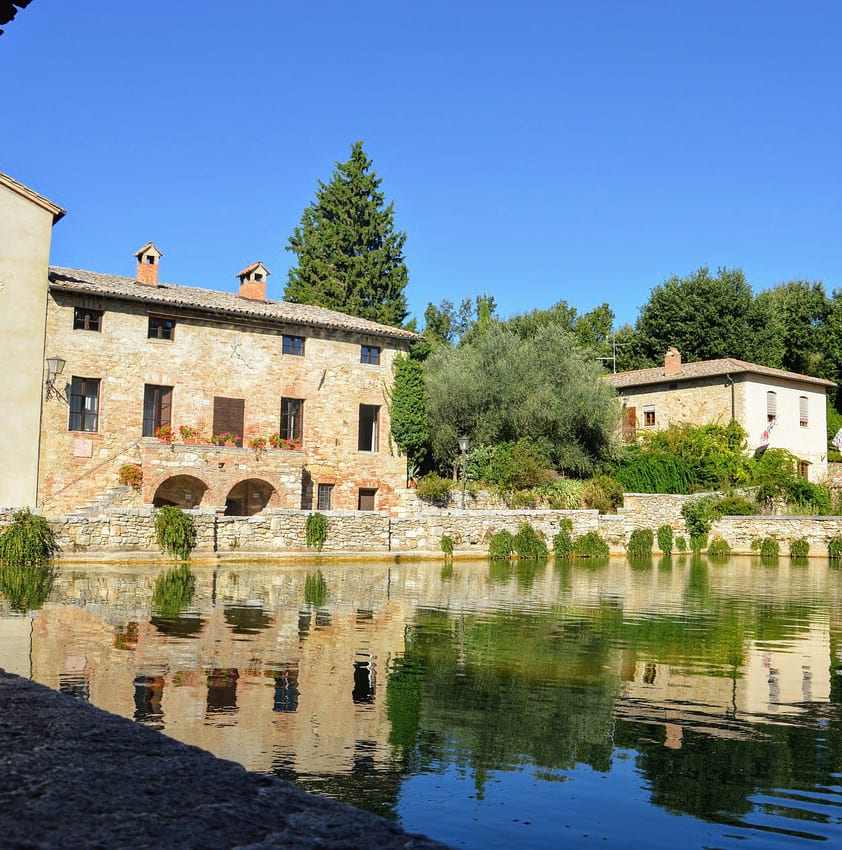 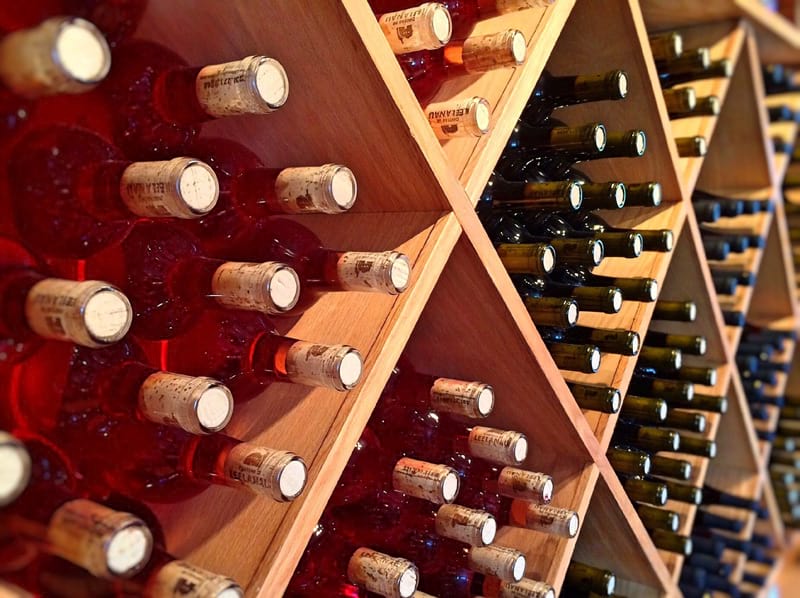 For the wine enthusiasts amongst you, there are several wineries close to Cortona. These are Tenimenti d’Alessandro, the Baldetti winery, the Baracchi Winery, La Braccesca – Antinori, Fabrizio Dionisi and Stefano Amerighi who produces biodynamic wine.

D.O.C. Cortona is a denomination where the grape variety Syrah plays the leading role. Syrah gives the wines here a unique character from the Cortona terroir. Research has shown that the micro climate in the Cortona area is very similar to that along the Rhone river in France. 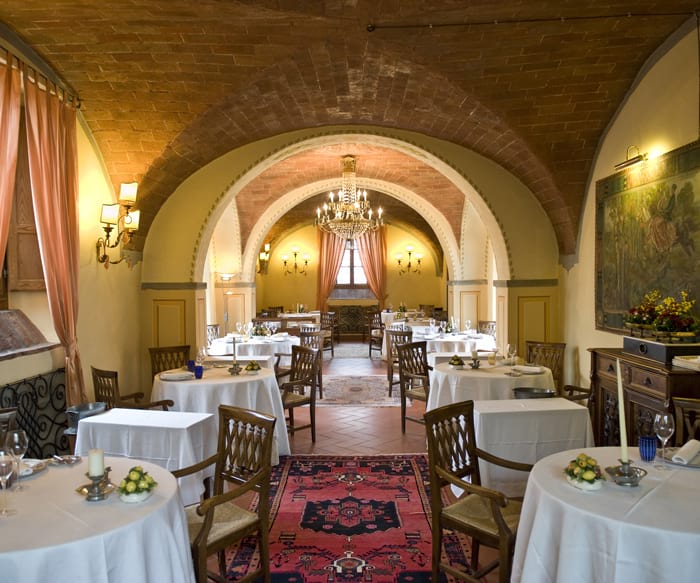 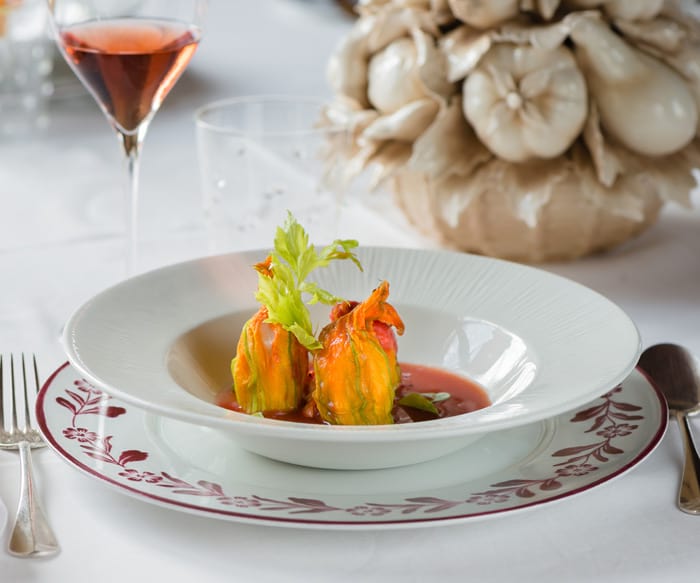 Where to Eat and Drink

After all the sightseeing and activities, you’ll be ready to relax and take the weight of your feet and sit down to some decent food and drink, you are feeling hungry, yes?

So start with an ‘aperitivo’ at any of the local bars or cafés such as ‘Bottega Baracchi’ or perhaps sip on a glass of wine at ‘Antico Caffe La Posta’ just like H.M. The Queen Mother Queen Elizabeth or Francois Mitterand used to do?

Then sit down for a nice dinner at any of the many ‘trattorie’ or restaurants with Tuscan cuisine in or close by Cortona. Whether you want a cheap trattoria or pizzeria or a Michelin star restaurant, there is something for every taste.

Let us at Tuscany Destinations help you to choose the right place for you.