Are you dreaming about visiting a typical Tuscan landscape with rolling hills, lush vegetation, impressive castles, viticulture, and much more? Then nearby to Siena, Castelnuovo Berardenga is the perfect place for you.

The little town of Castelnuovo Berardenga sits splendidly on a hill between the river Ombrone and the smaller Malena stream. The name ‘Berardenga’ appears to come from Berardo, one of the sons of the Salian Frank, ‘Giunigi di Ranieri’, who was sent to Tuscany in 865 by the Holy Roman Emperor Louis the Pious. (Ludovico II, the heir to Charlemange). 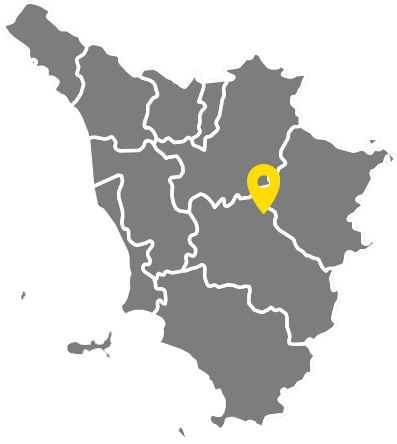 The son’s name ‘Berardo’, a favourite of the family, was passed down from generation to generation, so much so, that it eventually, as the family’s estates grew, became associated with their estates and hence to the area in general. The term ‘Terra Berardinga’ first appeared documented in about 1050 when the family had control pretty much of the eastern half of the province of Siena.

The Republic of Siena in 1366 decided that the town known as ‘Berardenga’ was to be fortified to protect it from Florentine and Arezzian forces. Thus, with its new walls Berardenga became a castle of sorts and to distinguish it from other older castles in the area, it was named ‘Castelnuovo’, new castle, literally! Hence its current name of ‘Castelnuovo Berardenga’. After many years of Sienese control, the struggles between Siena and Florence ended finally in 1554 when Castelnuovo Berardenga was taken by Florence and it became part of the Grand Duchy of Tuscany.

At Tuscany Destinations, we have the latest information and news on Castelnuovo Berardenga, so we’ll be able to steer you in the right direction according to your interests and needs.

In Castelnuovo Berardenga, transport yourself back to medieval times by having a look at the civic clock tower once part of the town’s defense system of huge walls. However in the 18th Century many of the walls and towers were demolished but the civic tower remained. In 1763 a clock which still keeps the time was added onto the tower’s façade.

Another important place to in Castelnuovo Berardenga, is the ‘Santuario di Maria del Patrocinio a Castelnuovo Berardenga’. The Sanctuary of Maria del Patrocinio was built in 1680 in a Latin cross formation from Travertine blocks and used to house a terracotta ‘Virgin and Child’. This statue is now in the Church of Campagnia but the ‘cult’ of the virgin has been associated with Castel Nuovo Berardenga since the medieval period and especially when thanks were offered in 1367 when the walls of the town were built to defend against looting during from Florentine forces. There have been many attributed miracles associated with the Sanctuary, one of the last occurred in 1944 when a tactical military error allowed British forces to oust the Germans in the area before they were able to detonate the mines they had planted. 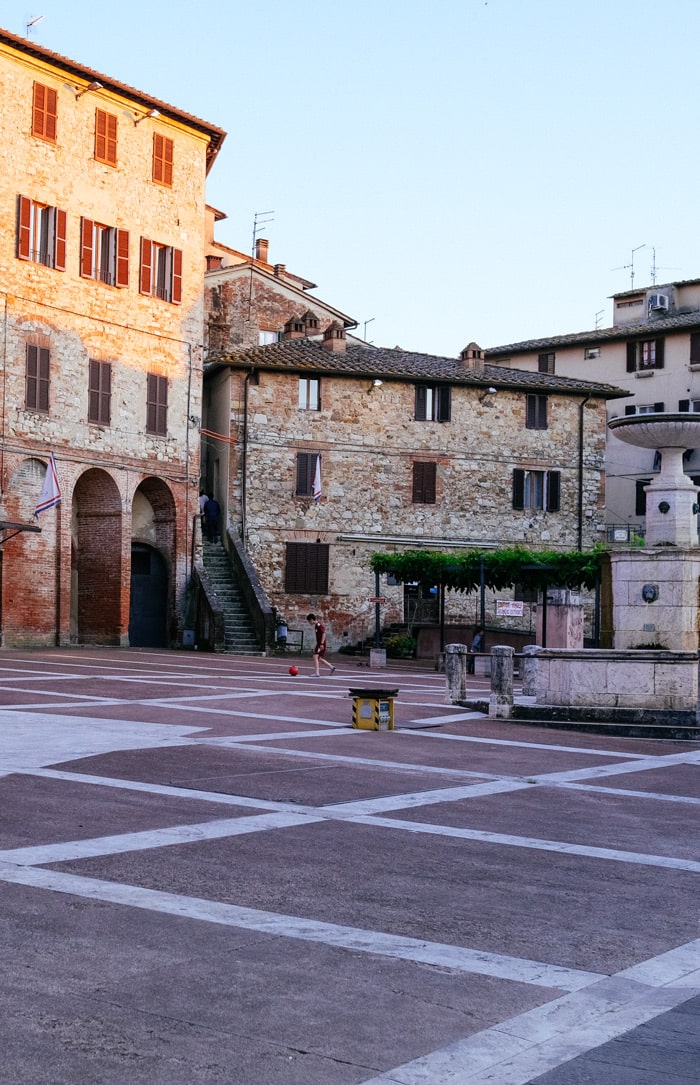 So many churches in the area …..another Church not to be missed in Castelnuovo Berardenga is ‘Santi Giusti e Clement’ with its façade of Columns, designed and built in the years 1843-46 by Agostino Fantastici, (Mr Fantastic, literally!) for the Conte Saracini. The church was built in the form of a Greek cross and has many works of art within from Giovanni di Paolo, Andrea Niccolò, Alessandro Casolani and Ventura Salimbeni amongst others.

Architect Fantastici is also responsible for the ‘Parco Romantico’, the romantic park on the nearby Arceno Estate built for the Villa d’Arceno along English Landscape ideals.

In the town with its impressive walled gardens is the ‘Villa Chigi Saracini’. A stunning example of early 19th century Italian architecture, designed by Galgano Saracini, its first owner. Its unique character is the influence of its last owner, Count Guido Chigi Saracini, the musician, philanthropist and founder of the Chigiana Music Academy, in Siena, one of the world’s foremost music schools. The park that surrounds the Villa was designed by Agostino Fantastici in 1834, along with an arched bridge and a Greek temple set within a circular lawn. The park is also noted for the manner in which the trees and planting have been set out according to the shades of their foliage.

The park was modified in the twentieth century by Count Guido Saracini, who put statues in the grounds to create a pantheon to music. This included a column dedicated to Michelangelo Buonarroti by the sculptor Tito Sarrocchi, and a large marble fountain.

If museums are more your thing, there is the interesting ‘Museo del Paesaggio’. A museum of landscapes in Castelnuovo Berardenga with an important collection of local paintings and sculptures. Apart from its collection of ancient artefacts found in the area from Etruscan times, what is special about this museum is that it is created around an idea rather than a theme, namely the idea of ‘landscapes’. The aim is to stimulate the visitor to reflect on and think about the reality of the world and how it can be presented through landscapes.

Other notable places to visit while in the territory of Castelnuovo Berardenga are churches such as ‘Certosa di Pontignano’, ‘Chiesa di San Pietro’ in Cerreto or ‘Monastero di San Salvatore’ in Montebona. Other Magnificent and beautiful villas to see are, ‘Villa Avanzati’, ‘Villa di Aiola’, and ‘Villa di Monaciano’.

What to See and Do in Castelnuovo Berardenga

Just as in Gaiole, there are many great things to see and do, in and around Castelnuovo Berardenga. The area is well-known for its many parish churches built in the Romanesque style, convents, castles, patrician villas, and, of course, lots of wineries. Wine production is indeed one of the major industries in this area.

Another quaint hamlet so typical of Tuscany and the Chianti area is Villa a Sesta just a few kilometres from Castelnuovo Berardenga. Dating back to ancient times Villa a Sesta was for many centuries part of the land belonging to the Berardenga family mentioned earlier. Apart from the stunning Tuscan landscape that surrounds Villa a Sesta, there is the church of Santa Maria, that is well worth a visit. The church that you visit today is a result of renovations carried out in the 19th Century. There are several works by Jacopo della Quercia, the 14th Century sculptor from Siena, which you can admire.

Villa a Sesta is possibly the smallest village in Chianti with the highest concentration of excellent restaurants, the most famous being “La Bottega del Trenta”, a Michelin starred restaurant you would not want to miss.

Vagliagli, a Hamlet in the Castelnuovo Berardenga Area

Vagliagli is a quaint little village in the Castelnuovo Berardenga district that can be traced back to the 14th century and even earlier.

Did you know that the name ‘Vagliagli’ literally means the ‘Valley of Garlic’ – ‘la valle degli agli’?

The countryside and surrounding landscapes, where ‘Vagliagli’ is located, are stunningly beautiful and a popular attraction for tourists traveling through Tuscany. Among other things, there is a beautiful church built in the Romanesque style, ‘San Cristoforo’ to admire when in Vagliagli. During the summer, many events are organized in ‘Vagliagli’ to take advantage of the ambience and attract people from everywhere, for example:

‘Blues Divino’ - In July every year, with international musicians. For two days, music is paired with food, wine, and other beverages.

‘Festa dell’Uva’ - An event organized every year in September, to celebrate the grape harvest. 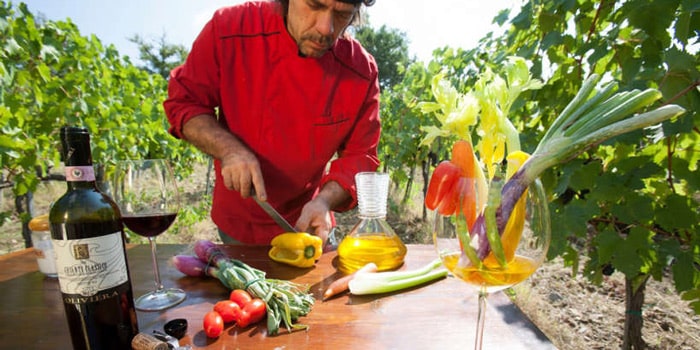 Did you know that ‘Vagliagli’ because of its character has been the set, in part for two films?

One is an Italian film, ‘La Piazza delle Cinque Lune’ regarding the kidnapping of Aldo Moro, and the other is ‘Letters to Juliet’, an Anglo-American film starring Amanda Seyfried, Vanessa Redgrave, Franco Nero, Christopher Egan and Gael Garcia Bernal.

Two Wine Appellations Overlapping Each Other 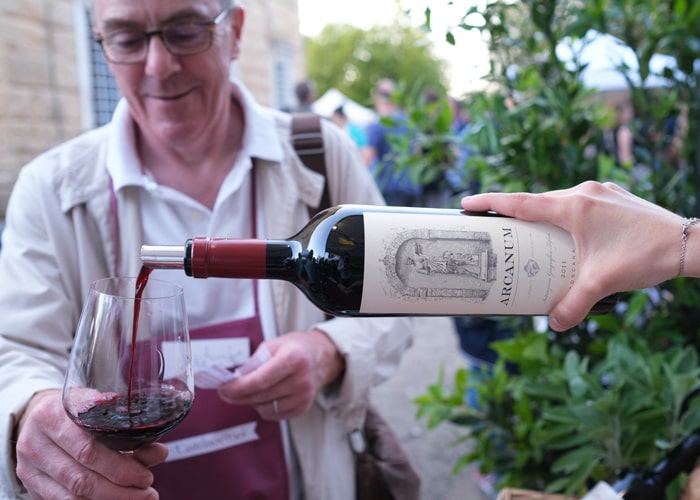 The Chianti and Chianti Classico wines in the Castelnuovo Berardenga area are, in general, smooth wines with a good body and a beautiful fruit. The wines take on their character depending on where within the Castelnuovo Berardenga area the wineries are located. Just as in Gaiole and other sub-zones of the Chianti Classico, there are different ‘micro-terroirs’ within each area.

For a wine lover, this is the best of both worlds where you can explore the terroir and its wines to the fullest. On top of it all, there is the chance to compare wines from two different appellations Chianti and Chianti Classico.

Let us at Tuscany Destinations help you put together a wine tour that suits your taste.