Standing proud on a hill surrounded by olive groves and vineyards, Montepulciano in Tuscany looks out over the valleys of ‘Val di Chiana’ and ‘Val d’Orcia’. Montepulciano has many wonderful treasures which it keeps close. These treasures are not only in the form of art, architecture, culture and history but also some world class gems when it comes to food and wine.

Pork, cheese, ‘pici’ pasta, plums and Vino Nobile are almost mandatory items to taste when in Montepulciano. At Tuscany Destinations we can help you create a ‘tailored’ travel itinerary where you get to feast on not only art and history but the best of the local food and wine available. 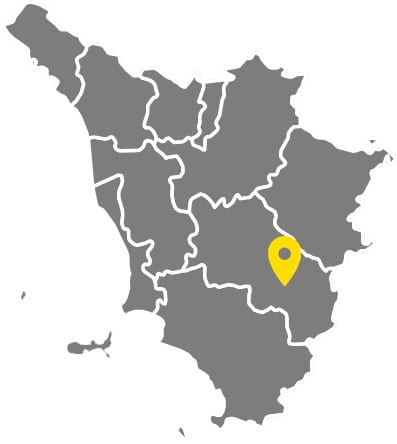 Out of interest, because of the light and scenery, did you know that many Italian and international films have been set in Montepulciano over the years?

Imagine yourself as an extra in ‘The English Patient’ a romantic but tragic tale set during the Second World War starring Kristin Scott Thomas and Ralph Fiennes.

For those who like suspense, intrigue and startling reveals - the thriller ‘Heaven’ directed by Tom Tykwer was set here. Walk in the footsteps of Cate Blanchett the film’s lead star.

More thrills, spills, the threat of the unknown lurking in the darkness, vampires and werewolves? Then a walk around the centre of Montepulciano where the ‘New Moon’ chapter of the ‘Twilight Saga’ was filmed.

Back to reality and the film ‘Under the Tuscan Sun’ based on the real-life adventures of Frances, an ‘expat’ American jumping into the deep end of the swimming pool of life, was partly filmed in Montepulciano. Explore the sights, sounds, tastes and smells of Montepulciano and feel like Frances out on her adventure to change her way of life, while on holiday in Tuscany! 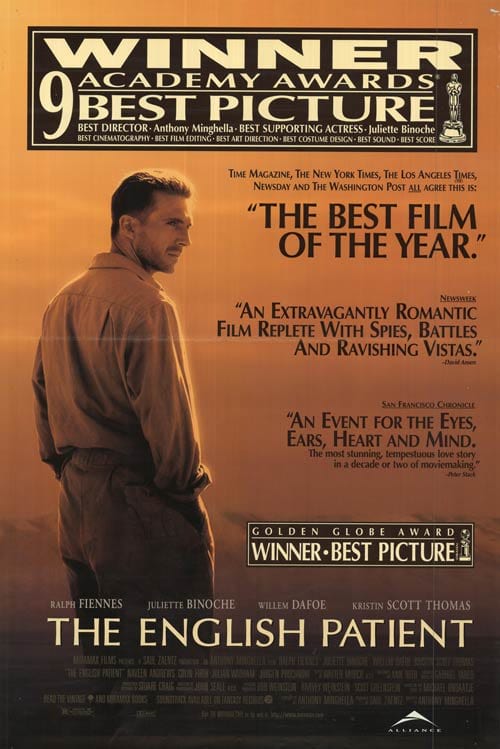 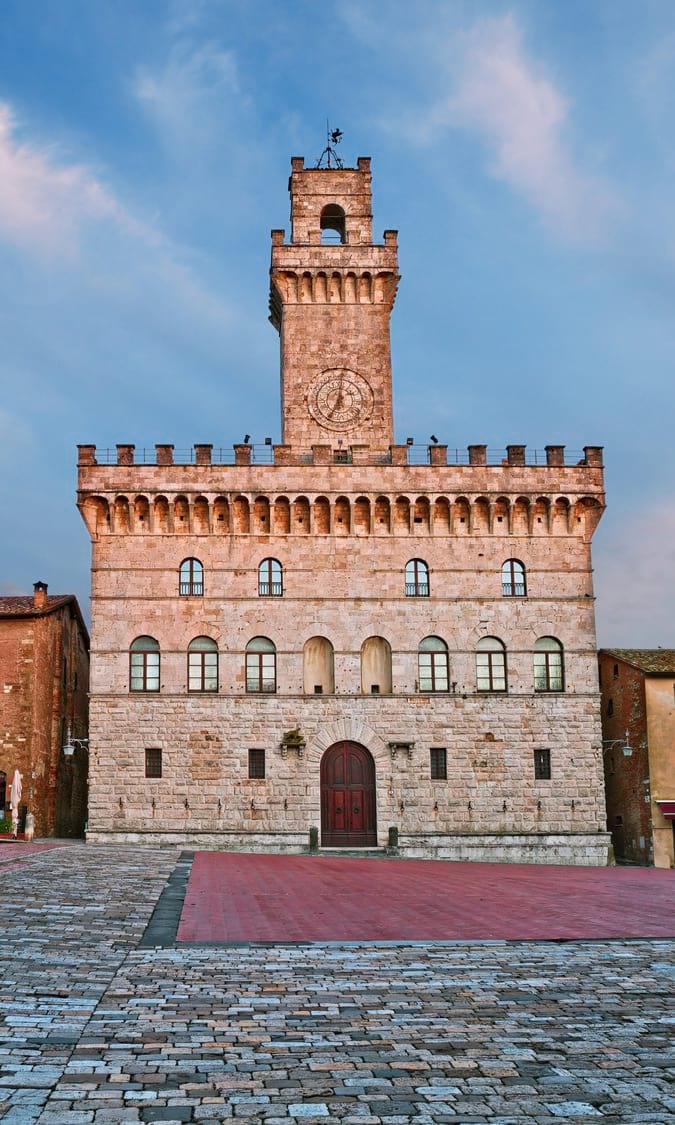 A Bit of History

Montepulciano like many Tuscan towns, is of Etruscan origin probably founded in the 4th or 3rd Centuries B.C. The later Roman Legions used Montepulciano as a headquarters for one of their armies, safeguarding the surrounding Roman roads.

During the Middle Ages, Montepulciano’s activities were characterized by wars with the Republic of Siena in the 12th Century which wanted to dominate the town. Montepulciano fared better in the 14th Century with more stability thanks to the power of the major noble families. However, some had other aspirations which lead to the tyranny of the ‘Famiglia Del Pecora, Signori di Valiano’ which ended with an alliance that was formed with Florence at the end of the 14th century.

The Golden Age of Montepulciano was in the 15th and 16th Centuries when personalities such as the poet Angelo Poliziano, humanists, politicians, architects and others made the town a vibrant place. Then in the mid-16th century the Medici family entered the scene and brought even more splendour to Montepulciano.

After the Unification of Italy, Montepulciano became the main agricultural centre in the area and has remained so to the present time.

What to See and Do in Montepulciano

One can be awed by the architecture and the history of Tuscany and Montepulciano is no exception. Have a stroll through the streets of Montepulciano, with your perfect itinerary to suit your own personal tastes and pleasure, helpfully planned by Tuscany Destinations.

You can start from one of the main gates, - ‘Porta al Prato’ or ‘Porta delle Farine’. Continue along the main street ‘Il Corso’ and step by step, see the impressive and imposing monuments and palaces of Montepulciano, such as the ‘Colonna del Marzocco’, the ‘Sant’Agostino’ church designed by Michelozzo. See the house where Poliziano lived and moving on you will find yourself in ‘Piazza Grande’ the main town square in Montepulciano.

Stand in the middle of the beautiful Piazza Grande and take a look around you. Admire ‘Il Duomo’ - the cathedral, the ‘Palazzo Comunale’ - the town hall, ‘Palazzo Tarugi’ and ‘Palazzo Contucci’ named after the Contucci family who are one of the older families in Montepulciano dating right back to the Renaissance. They also have a long history of producing Vino Nobile and as it happens, they have a winery located in the centre of the town. So, you can, not only walk the history of Montepulciano but taste its history too! Perhaps, even go the whole nine yards and treat yourself to a bottle of one of the fine wines of Montepulciano over lunch in one of the local restaurants?

Continue your walk until you reach the ‘Fortezza’ and the ‘Santa Maria dei Servi’ church. The ‘Fortezza’ is now home to the ‘Consortium di Vino Nobile Montepulciano’ the trading association of Montepulciano also the wine bar and shop, the ‘Enoteca’ of Vino Nobile Montepulciano. In this historic and emotive environment, you can learn more about one of the world’s richest, powerfully strong red wines. Taste and enjoy learning about its complex character whilst admiring and completing your experience with the archeological wonders below you through the glass floor!

Montepulciano is the king of all wines

Visiting Montepulciano on your dream vacation in Tuscany? You must not miss the opportunity to see any of the traditional events of which there are many, such as the Medieval processions through the town of Montepulciano. In August each year there is ‘Il Bruscello’, a form of ‘peasant’ theatre where once itinerant companies of actors would perform in barns or other large buildings for the patronage of the local people or perhaps sometime the local lord. The subject matter could be religious or secular and the players were literally ‘singing for their supper’.

Foremost in Montepulciano is the ‘Bravio delle Botti’. This is a traditional race of which the origin was once a straight

horse race through the streets of the town but now is a race where wine barrels weighing about 80Kg (176lbs) are rolled uphill each by two men to a finish line. (It is nothing like the Texan Rodeo ‘Barrel Racing’ where horses are raced around three placed oil drums in a set pattern, where the fastest wins.) Taking place in August the race is conducted between the eight ‘Houses’ or ‘Contrade’ of Montepulciano and some of the surrounding districts. Lots are drawn and the barrels are lined up two by two at the start. Here in Montepulciano the race is preceded by a colourful parade, the participants wearing costume in the colours of the Contrade, likewise the race participants. 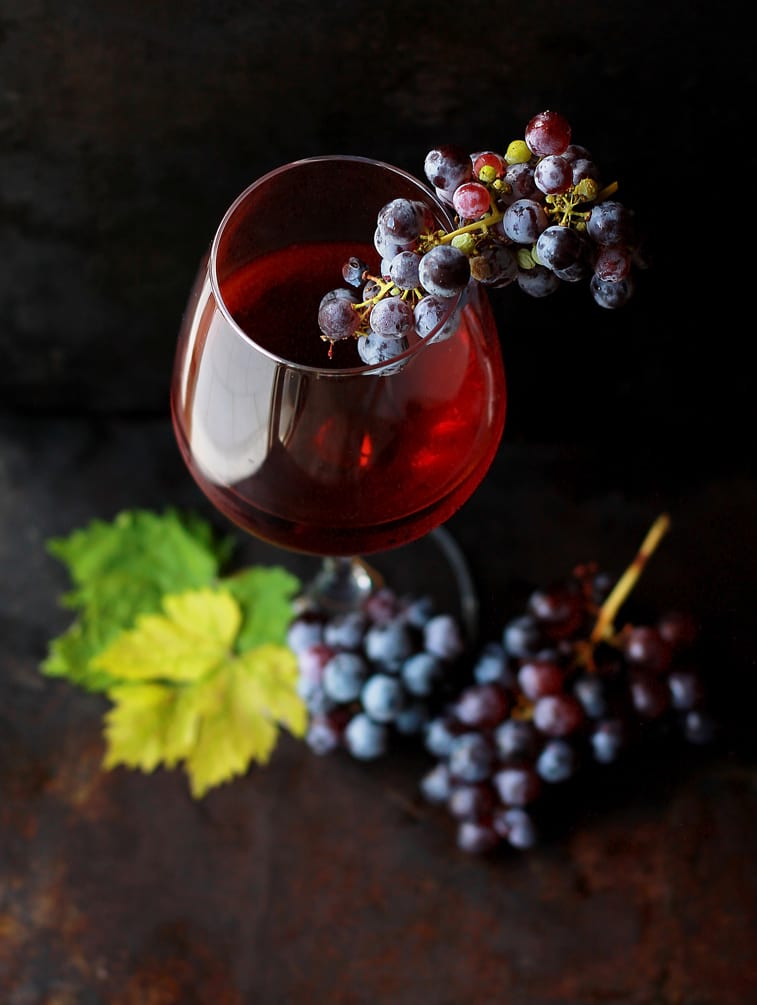 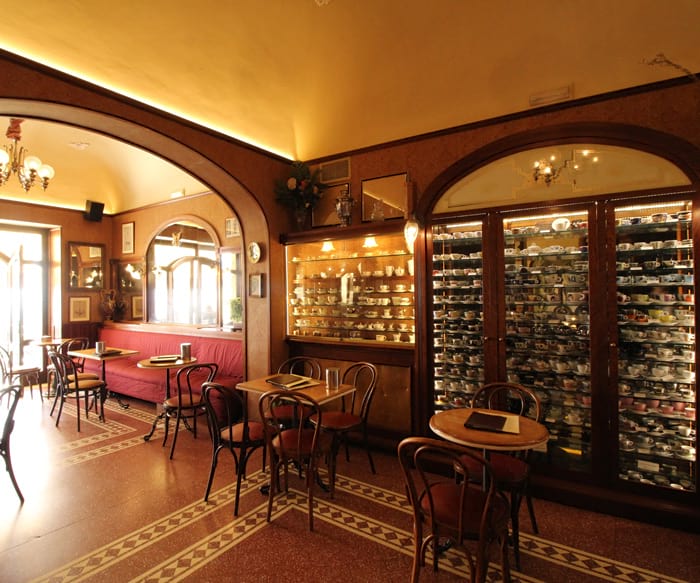 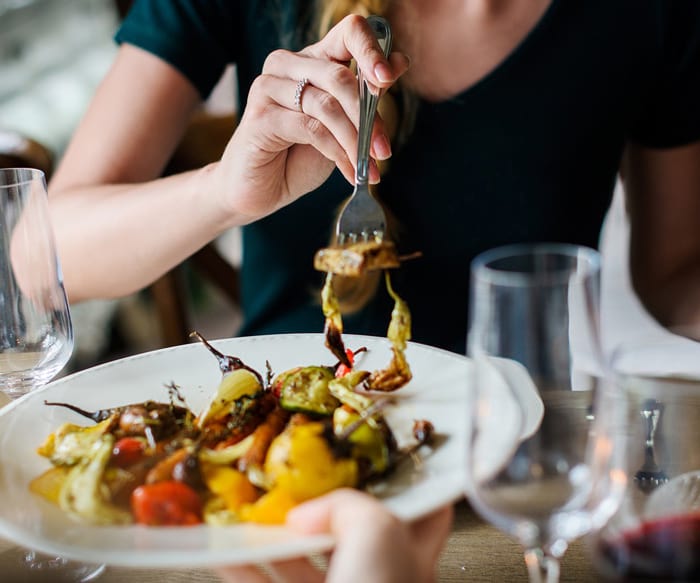 Where to Eat and Drink

Should during your exploration on foot through the town, you want to take a break, sit down with a coffee and admire the spectacular view over the ‘Val di Chiana’ in Tuscany, then ‘Caffé Poliziano’ is the place for you. Many famous Italian poets and writers such as Carducci and Pirandello have passed through this café at some point in the past. However, there are many other coffee bars in the centre you could try as well. Perhaps you would prefer a place to have a glass of wine or an ‘aperitivo’ there are several bars and ‘enoteche’ (wine bars) in the centre of Montepulciano such as ‘E Lucevan Le Stelle’ or ‘Sax Wine Bar’.

Montepulciano in Tuscany is in the land of ‘Chianina’ beef, ‘Pecorino’ cheese, ‘Pici’ pasta, and much more! A heaven on earth for ‘Gastro-nauts’* you can certainly find the best of local Tuscan food, Montepulciano has at least twenty ‘ristorante’ (restaurants) to choose from and a wide selection of ‘trattorie’ (traditional restaurants, a bit like a French ‘bistro’) ‘osterie’ (wine bars) and cafés where snacks, nibbles, ‘Gelato’ (ice cream) can be had. Let Tuscany Destinations help you find a restaurant that suits your taste.

* A term coined by the late, great Keith Floyd, a British TV Chef whose love of food, especially that of Italy was only eclipsed by his love of wine.